Fascia, as we all now know, is a seamless web of connective tissue that covers, connects, and holds the muscles, organs, and skeletal structures in our body. Fascia envelopes every structure in the body, each nerve, bone, muscle, organ of the body is surrounded by fascia.  Fascia can be found superficially and deep within our body. Superficially, a layer of fascia can be found just under the skin sandwiched between two layers of a honeycomb-like structure that contains fat tissue (See Figure 1). Deeper within the body, fascial planes wrap around the muscles (Muscolino, 2012).

Figure 1. Cross-section from the skin to musculature, showing fascial membranes and rtetinacula cutis fibres. Illustration by Giovanni Rimasti, modelled from an illustration by Luigi Stecco. (From Muscolino, 2012, Used with permission).
Generally fascia is distinguished into superficial and deep fascia. The superficial fascia is located just underneath the skin. According to the Stecco studies, the superficial fascia is a bilaminar membranous layer rich in elastic fibres lying within two layers of what is called the “retinacula cutis”. The superficial fascia together with the superficial and deep retinacula cutis layers is commonly known as the hypodermis.  Deep fascia is a tough dense connective tissue below the superficial fascia, and it envelops the underlying muscles that are deep to the skin or envelops periosteum of the bone in regions. For a more thorough explanation on the different layers of fascia, read Joe Muscolino’s article Fascial Structure(originally published in the Massage Therapy Journal of the American Massage Therapy Association).
A significant layer of fat in the superficial fascia is distinctive to human, compensating for the lack of thick body hair, and plays an important role in heat insulation. The superficial fascia also conveys blood, lymphatic vessels and nerves to and from the skin and often promotes movement (gliding) between the skin and underlying structures.  It will be mostly affected by light touch techniques (e.g. lymphatic drainage therapy, Bowen therapy, myofascial release). By contrast, the deep fasciae in the limbs and back are typically dense connective tissue sheets that have large numbers of closely packed collagen fibres (Benjamin, 2009). The deep fascia in contrast to the superficial fascia has a robust, multilayer collagen fibre structure and relatively fewer elastic fibres. The deep fascia is responsible for mechanical function of force transmission and a possible proprioceptive role which is due to the large numbers of embedded mechanoreceptors. It is more probable that this layer can be affected by deep massage techniques, such as deep tissue work or friction concentrated in limited areas.
In most parts of the body, the superficial fascia is an elastic connective tissue layer surrounded above and below by adipose tissue. However at the palm and sole of the foot, the skin is tightly bound to the underlying tissues to prevent or restrict movement (Figure 2) . If movements were allowed to occur here within fascial planes, then the hands or feet would not been able to have a firm grip. The retinacula of the retinacula cutis layers in the palms and soles are much thicker. They bind the superficial fascia to the deep fascia and adipose tissue is sparse beneath the skin. It is even absent at the finger creases on the palmar sides of the interphalangeal joints, so that the skin immediately covers fascial tendon sheaths (Benjamin, 2009). See also Figure 2 and Figure 3 of Mike Benjamin’s article The fascia of the limbs and back . (The article also provides a thorough anatomical view of the fascia of the hands and feet) Pavan et al. (2011) studied the mechanical properties of the plantar aponeurosis.

Figure 2. A dissection view of the plantar aponeurosis  (Photo by Carla Stecco, Used with permission).
According to Julie Day, a physiotherapist working with the Stecco group in Italy: “The fact that the superficial fascia and the deep fascia almost fuse together in the soles of the feet and the palms of the hand could be an explanation for why working deeply in these areas, as in reflexology, can affect areas that are distant from the area we work on.” Julie who presented Fascial Manipulation at the AAMT conference said that she had often used plantar reflexology in the past and but, at that time, had not found any plausible anatomical explanations for its effectiveness. Reflexology is a relatively easy technique to learn and it can either be incorporated within a massage session or as a specific session apart.
The general belief in reflexology is that each part of the body is interconnected through the nervous system to the hands and feet. Stimulating specific reflex points in the feet is believed to be able to bring relieve to poorly functioning areas of the body. However there is no evidence of such connections between certain parts of the feet and hands and the various organs in the body.
According to Dr. Ida Rolf in “Rolfing and Physical Reality”: “The meridian points and reflex points in the feet are most likely end-points of myofascial strain, the result of imbalance which transmits its difficulty in compensating pattern through the body to the surface. Fascial planes may be the route of mechanical transmission of pain.” She also mentioned “Foot reflexes are peaks of strains. They are nothing mystical; they are where strain goes in the foot. If you are relieving strain above the reflex points (for example in the ankle and shin) you will relieve those points of strain in the sole of the foot. When a weight goes down and dies in some place, it becomes a reflex point.” And “I think that many if not all reflex points in the foot are simply points where gravitational strain inserts and comes together. They are the end of the line we call balance”
So next time we work on reflexology think of the connective tissue!
References
Mike Benjamin. The fascia of the limbs and back – a review. J Anat. 2009 January; 214(1): 1–18. doi:  10.1111/j.1469-7580.2008.01011.x http://www.ncbi.nlm.nih.gov/pmc/articles/PMC2667913/
Julie Day. What’s New in Fascial Anatomy. Terra Rosa E-magazine No. 8, July 2011. http://www.scribd.com/doc/60058449/Terra-Rosa-E-magazine-Issue-8-July-2011
Joe Muscolino. Fascial Structure. Massage Therapy Journal, Spring 2012. http://www.learnmuscles.com/MTJ_SP12_BodyMechanics%20copy.pdf
Pavan PG, Stecco C, Darwish S, Natali AN, De Caro R.  Investigation of the mechanical properties of the plantar aponeurosis. Surg Radiol Anat. 2011 Dec;33(10):905-11. doi: 10.1007/s00276-011-0873-z.
Ida Rolf. Rolfing and Physical Reality. Edited by Rosemary Feitis. Healing Arts  Press, 1978, 1990.
Originally published in Terra Rosa E-magazine No. 12, June 2013. 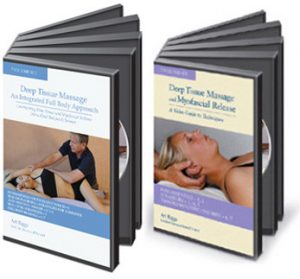 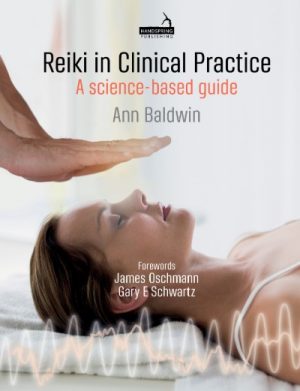 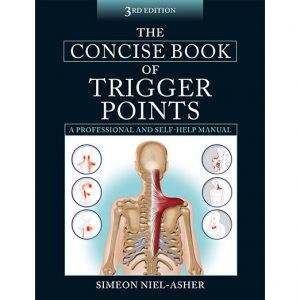 The Concise Book of Trigger Points