Can a brief psychosocial education reduce the incidence of low back pain?
By Terra Rosa

A paper published in BMC Medicine in 2011 “Brief psychosocial education, not core stabilization, reduced incidence of low back pain: results from the Prevention of Low Back Pain in the Military (POLM) cluster randomized trial” has made a bit of headline and controversy among manual therapists. This paper is an open access manuscript, and can be read here

The title of the paper suggests that core stabilization doesn’t work, but a brief one-off ‘psychosocial’ education session can lower the incidence of low back pain (LBP). People then start to jump into a big conclusion, and make claims that specialized core training is a waste of time, is no better than traditional exercise, but one session of 45 mins of ‘psychosocial’ education can reduce the incidence of low back pain by up to 5%!

Is that really that powerful? You sit in a seminar room and got lectured for 45 mins about low back pain, its anatomy, its evidence-based treatment and how to avoid it. Then somehow this ‘psychosocial’ education ‘stayed’ in your brain and even after two years it can reduce the incidence of low back pain.

Seems too good to be true, but from my statistical re-analysis of the data, the results are really not that great. (I have the statistical background to do this analysis, see below for more details or  read this document LBP data analysis)

My view is that the authors have stretched the results a bit far and made a bold conclusion that a brief psychological education can lower the incidence of LBP. Let’s be serious if you are briefed in a 45 mins session on the evidence-based treatment of LBP, will you still remember it after a month?

There are various limitations in this study, as it was carried out on a military population, and the results’ differences are not huge. Scientists nowadays like to made a bold controversial statement, sometimes stretching the results a bit further. I once read a suggestion that a bold statement …can add a little spark to your paper.

From the paper, the clinical method was described as follows:

“The Prevention of Low Back Pain in the Military study was a cluster randomized clinical study with four intervention arms and a two-year follow-up. Participants were recruited from a military training setting from 2007 to 2008. Soldiers in 20 consecutive companies were considered for eligibility (n = 7,616). Of those, 1,741 were ineligible and 1,550 were eligible but refused participation.

Companies were randomly assigned to receive

The psychosocial education session occurred during one session and the exercise programs were done daily for 5 minutes over 12 weeks.The primary outcome for this trial was incidence of low back pain resulting in the seeking of health care.

And here are the Results:

“There were no adverse events reported.

Evaluable patient analysis (4,147/4,325 provided data) indicated no differences in low back incidence resulting in the seeking of health care between those receiving the traditional exercise and core stabilization exercise programs.

Now, here is when statistical analysis can be interpreted differently:

“Results from the generalized linear mixed model indicated that Soldiers in the combined exercise and psychosocial education groups (CSEP + PSEP and TEP + PSEP) were similar,
but experienced an average of 0.49 fewer months with incidence of LBP (95% CI: 0.003 to 0.983, P = 0.048) in comparison to those not receiving PSEP. “

I analysed the data from Table 3 of George et al. (2011). Since I do not have all other data, I did a simple linear mixed model:

The model said that the percent of LBP incidence is a function of the treatment (which we called fixed effect) and company (called random effect, because the company or group of people can behave differently). This document (LBP data analysis) shows the results of my statistical analysis.

The first is the usual Student’s t-test at the level of 0.05 (95 percent confidence interval, or 95% of the time it does not happen by random chance).

If we used another more rigorous statistical Tukey HSD test, which compares all the treatments, the result shows that the means for all treatments are similar, or not significantly different!

Since I do not have the raw data, I can only analyse what was given in the paper, the percentage of LBP incidence (after 2 years of trial). My analysis suggests that the differences in LBP incidence between all 4 treatments are small, and are not statistically different.

The authors then made another step in generalising the psychosocial education (PSEP), by collapsing the treatment into 2 groups! Having psychosocial education (yes or no) or core stabilization (yes or no). Really, there are 4 separate treatments in different groups of people, and you can’t simply group them for ‘more efficient communication of results’. This should make PSEP stands out, but even with this grouping, the difference between CSPE and PSEP is only 1.8% (CSEP mean incidence of LBP 16.7%), and psychosocial education (PSEP mean incidence 14.9%). Then the authors ‘adjust’ the baseline and suggested that PSEP was estimated as having 3% lower LBP incidence.

“The analyses of the four intervention groups suggested a pattern that allowed for more efficient communication of results by collapsing the intervention groups into those receiving any core stabilization (CSEP – yes or no) or any psychosocial education (PSEP – yes or no). There were no differences between the TEP + PSEP and CSEP + P
SEP groups, but chi-square test indicated that receiving the PSEP program with any exercise program was protective of LBP incidence (Chi-square = 5.56, P = 0.018; and 5.05, P = 0.025 when adjusted for intracluster correlation) in comparison to those not receiving PSEP. Furthermore, after adjusting for demographic and baseline levels of clinical variables, the protective pooled effect of any PSEP was estimated at 3.3% (95% CI: 1.1 to 5.5%) decreased LBP incidence over two years (P = 0.007). This effect corresponds to numbers needed to treat (NNT) of 30 (95% CI = 18.2 to 90.9).”

Readers interested in the science and the process of an article review, should also read the comments by reviewer Dr. Raymond Ostelo who expressed a skepticism on the effect of a 1 session of education and questioning the “collapsing” intervention group: http://www.biomedcentral.com/imedia/1391493222615742_comment.pdf

I am not sure what to make out of this, but my view is that the authors have stretched the results a bit far and made a bold conclusion that a brief psychological education can lower the incidence of LBP. Let’s be serious if you are briefed in a 45 mins session on the evidence-based treatment of LBP, will you still remember it after a month? The statistical difference is small and probably makes not much of a difference.

There are various limitations in this study, as it was carried out on a military population, and the results’ differences are not huge. Scientists nowadays like to made a bold controversial statement, sometimes stretching the results a bit further. I once read a suggestion that a bold statement …can add a little spark to your paper.

Also consider the conclusions other LBP studies conducted by the same group of authors (using the same military group). There are many other factors that influenced the results.
Effects of traditional sit-up training versus core stabilization exercises on short-term musculoskeletal injuries in US Army soldiers
http://www.ncbi.nlm.nih.gov/pubmed/20651013

“soldiers who completed the TEP and experienced a low back injury had more days of work restriction: 8.3 days (SD=14.5) for the TEP group and 4.2 days (SD=8.0) for the CSEP group.”
Predictors of Occurrence and Severity of First Time Low Back Pain Episodes: Findings from a Military Inception Cohort

In this article, the setting is in a primary care practice in France. Participants: 2752 patients with acute LBP. Intervention: An advice book on LBP (the “back book”). Main outcome measures: The main outcome measure was persistence of LBP three months after baseline evaluation. The conclusions: “The level of improvement of an information booklet is modest, but the cost and complexity of the intervention is minimal. Therefore, the implications and generalizability of this intervention are substantial.” 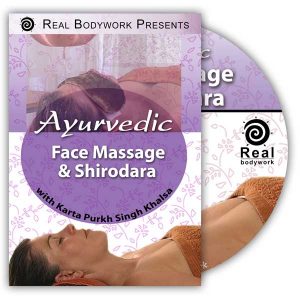 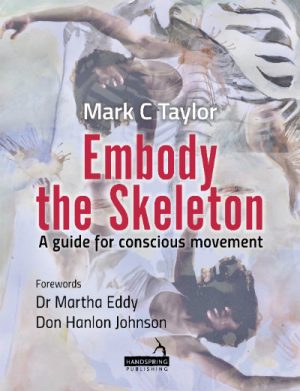 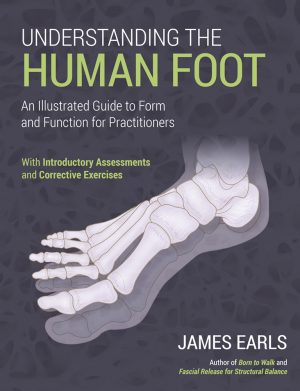