(Photo (c) by Patty Kousaleos)
A working experience with CORE Myofascial Therapy by Taso Lambridis
CORE Myofascial Therapy was developed by George Kousaleos, a highly experienced Structural Integration Therapist based in Florida, USA who also has a major role with the Athletic Program at Florida State University. George developed the Sports Massage team for the British Olympic Association in preparation for the 1996 Atlanta Games and helped established the Olympic massage therapy standards for the Athens 2004 Olympics.
Those who have attended any of his course in Australia over the past 2 years can attest to the fact that George is probably one of the most engaging teachers and has an in-depth knowledge of the myofascial method gained from over 40 years of work in the field of Structural Integration. I recently had the opportunity to be part of a team of soft-tissue therapists who attended a 1 week long training internship run by George in Florida, USA with the added opportunity of working on elite-level college American Football athletes undergoing an 8-week speed training and conditioning program.
As a physiotherapist, I already received my certification in CORE Myofascial Therapy having attended George’s courses  in Sydney but the opportunity of working closely with him was too great not to be missed. I was invited due my particular interest in the SIJ and pelvis and for what further knowledge I could provide to the rest of the therapy team. My week-long experience gave me the perfect opportunity to apply the CORE Myofascial Therapy to these professional athletes as well to provide me with some insight into the world of Pro-American Football, better known as the NFL.
George had teamed up with Toni Villani, the Director of XPE Sports in Boca Raton, who is considered a ‘speed guru’ and sports trainer, known for getting excellent results and helping a wide range of athletes to achieve a professional status in their chosen sport. George was to provide CORE Myofascial Therapy with the help of a group of 8-10 therapists each week who would receive instruction on structural bodywork. The aim of the CORE Myofascial Therapy was to enhance the athletes’ training performance and recovery but also very importantly to prevent injuries.
30 elite-level, college American Football players would attend an 8-week conditioning program under the guide of Toni Villani and his trainers. These college athletes were hoping to turn professional and would train at XPE Sports in the hope of performing well at the upcoming trials and securing a professional NFL contract.

(Photo (c) by Patty Kousaleos)
The NFL
Just to give you some background. The NFL is big business and dwarfs any of the Australian footy codes generating billions of dollars with many players earning salaries in excess of the combined salaries of entire NRL teams. For example the current quarterback at the San Francisco 49’s is on a contract worth annually $US 11.5 million. In Australia recent interest in the NFL has been generated by an ex-rugby NRL player Jarryd Hayne who switched codes in 2015 aiming to secure a long-term player contract and a spot on the 53-man roster of the 49’s.
Some sobering facts of what it takes to be a professional NFL player will give you some idea of the challenge that Jarryd Hayne faces in order to secure that permanent spot with the San Francisco 49’s since most rookies won’t make it beyond the first 3 years in order to make a decent living out of the sport.
Consider this:

The Combine
This is the NFL’s official trial for new recruits where college football players perform physical and mental tests in front of NFL coaches, general managers and scouts; this also includes a series of gruelling medical examination and player interviews to assess their mental aptitude. About 300 athletes are invited each year and their performance at the combine can affect their draft status, salary contract and future careers.
The combine tests include:

Although there are critics of the combine who question whether these tests reliably measure or predict a player’s success as a pro-NFL player, this has become a major sporting event of its own and is screened on the NFL’s own subscriber TV channel. It covers over 30 hours of coverage over the 4 days and receives between 5-6 million viewers; the 40 yard dash has become the ‘Olympics of the NFL’.
Myofascial Therapy
The structural bodywork was performed according to the CORE Myofascial Therapy protocol developed by George Kousaleos. George’s approach has maintained much of the basic form and method developed by Dr. Ida Rolf and has remained pure by promoting her ideals of Structural Integration. There is a distinct focus on ‘spreading’ the superficial layer of fascia and works in a systematic manner from superficial to deeper layers. This work has to be experienced to fully appreciate its profound effects on an individual’s postural awareness and ease of movement. On a regular basis you could see the look of amazement and the sincere appreciation from the players immediately after the sessions and they would often comment on how the work we gave allowed them to consistently train at the intense levels expected by Toni Villani.
The training in myofascial therapy and learning about structural integration strategies was done in the morning while the athletes were put through their training sessions and then in the afternoon, we conducted the therapy sessions for about 3 hours each day. We had 45 minutes sessions for each athlete which might seem like a luxury but given the size of these athletes and the numbers of athletes attending XPE Sports, we were kept very busy. In order to ensure a uniformity of treatment throughout the 8 weeks, it was explained to us from the start that we were only to use CORE Myofascial Therapy even though we all had extensive clinical experience in treating athletes. In this way, the athletes would receive the same treatment from any of the therapists who happened to be working on them in any given week.
I was impressed that given the intensity of training the athletes been put through, for the whole 8 weeks there was not a single injury. It is also worth mentioning that athletes who regularly receive this work at Florida State University (where George has a key role with the Athletic Department) sustain much lower injury rates than other college athletes.
For me personally, myofascial therapy has had profound effects on how I treat patients. Having integrated myofascial release method into my clinical practice for over 10 years, I have found that CORE Myofascial Therapy has given me further insight into the amazing world of fascia and the tools to provide long-lasting beneficial effects to my patients.

Taso Lambridis is a Physiotherapist working in Sydney and is the Director of Spinal Synergy Physiotherapy.  He has a BSc in Physiotherapy and MSc in Sports Medicine.
Taso has over 20 years of clinical experience and has a particular interest in treating complex spine problems. He has extensive knowledge on the SIJ and teaches courses to physiotherapists and manual therapists on an evidence-based approach to SIJ Dysfunction. He has been using myofascial release for over 10 years in his own practice and this has greatly enhanced his clinical practice. 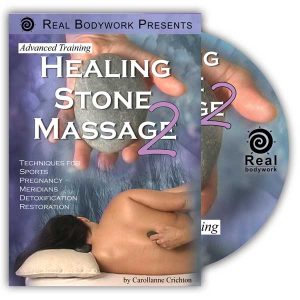 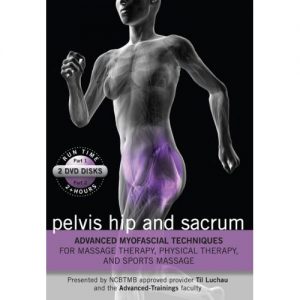 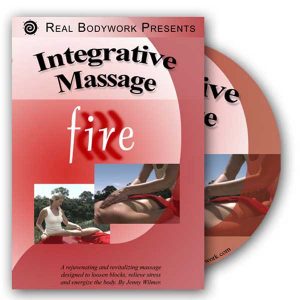