Skip to content
This article is based on Robert Schlep’s talk at the 3rd World Fascia Congress in Vancouver 2012 titled: Alice in Wonderland- Getting curioser and curioser.

The scientific world and the clinician world rarely meet, and the fascia congress is one of the important events that tried to make scientists and manual therapists meet and started to talk to each other. Most manual therapists or bodyworkers choose to be in the complementary and alternative groups. The field is usually dominated by different schools, where the teachers or charismatic founders are regarded as the ‘knowledge’ authority. (Whitney Lowe called this The Sage on the Stage). The teachers are quite skilful but sometimes the concepts they proposed stretch a bit beyond from the scientific reality. For example Dr. Andrew Taylor Still, the founder of Osteopathy, and Dr. Ida Rolf, the founder of Rolfing. They have very profound clinical knowledge, and they tried to explain what they are doing based on their knowledge at that time. Myofascial release was thought to be able to change the state of the ground substance from gel to sol, or able to loosen the cross links of the collagen fibre. But most of these theories or hypotheses came from their own intuition without solid scientific proof.

The first fascia congress held in Boston, in 2007, and covered by the prestigious Science magazine with an article titled “Cell Biology Meets Rolfing”. The article described the opportunity but also the challenges of how scientists and clinician can meet and talk to each other. The two groups reach out to each other, with a hope to provide fruitful exchanges of ideas and experiences. Clinicians such as Schleip have travelled from the ‘alternative world’ to the scientific world by doing a PhD degree in fascia biology. Meanwhile scientists such as Tom Findley, a medical researcher, travelled to the clinician world by studying Rolfing for several years. Robert compared himself as Alice in Wonderland, he has travelled in the Scientific Wonderland, and came back telling stories about strange scientists he met to his fellow clinicians.
Robert gave three specific examples of what he as a clinician had been able to learn from the scientific world.

(1) Fluid dynamics
Water constitutes around 68% of the fascial tissuesvolume . Fascia regulates the flow of fluid in the extracellular matrix, and fluid flow can causes fascial remodelling. A study conducted by Schleip and co-workers at the University of Ulm (Figure 1) showed that, in an in vitro study using fascia from animal, that during the tissue loading (fascia stretch) water is extruded from the tissue and this tends to contribute to a temporary decrease in tissue stiffness (i.e. tissue softening) immediately after the stretch. The findings also found that that after the stretch, the stiffness of the tissue increases and it also regains a gradual rehydration. This phenomenon is due to the behaviour of the ground substance in the extracellular matrix which prevented from absorbing fluid by tension that fibroblast cells put on extracellular matrix fibres. When this tension is relaxed, the extracellular matrix can absorb fluid rapidly.

The implication is that when Robert applied pressure through his elbow to the thoracolumbar fascia, he now paid more attention to the fluid dynamics, rather than only trying to melt the tissue or breaking up the fibrous tissues, or stimulating the mechanoreceptors. Now Robert works more gently and more slowly. We should now thinking not only about stimulating the mechanoreceptors or golgi tendon organ, but be aware of how the fluid moves.

Another research by Melody Swartz (from Lausanne, Switzerland) described how subtle change in fluid shear on cell culture has a profound change in the fibroblasts. Fibroblasts are most responsive to the detection of fluid shear – i.e. to the slow motions of the water around them – as sensed through their antenna-like cilia (soft tentacle). It is indicated that a large portion of the impact of collagen stretch is less due to the direct effect of transmission of that stretch to the cell membrane, but rather to the sensation of the fluid shear which is induced by the collagen fibre reorientation which is then sensed by the hair-like cilia.

This idea can be illustrated as follow: imagine how much the hairy tip of a painter’s brush would bend if you move it at a steady speed through a fluid medium. Or imagine moving a finger through yoghurt. Both the speed as well as the viscosity of the fluid medium will influence the amount of shear. The clinical implication is that if you move very slowly at a constant speed through a dense tissue area (e.g. with the therapist’s knuckle or a foam roll), then the tiny cilia of the fibroblasts will be bent only very gently by the resulting fluid shear, and this seems to stimulate them to produce an enzyme (MMP-1) which starts to break down excessive collagen in the next few hours.

(2) A tool for evaluating the stiffness of tissue
Most palpation that we do is subjective, and therapists cannot remember how ‘stiff’ is the tissue before and after treatment (or even a week after treatment). Therapists should have a more objective tool to measure the therapeutic response. Robert suggested Myoton Pro, a tool recently developed to measure the tissue stiffness. The quantitative digital measurement provided by this ‘myometer’ proved to be reliable and useful for assessing biomechanical properties of myofascial tissues. This tool works by creating a constant pre-load of the soft tissue via a movable indentation probe, which is then rapidly released and the tissue response (damping oscillation) of the tissue is measured. This kind of tool could provide a more objective measurement on the effectiveness of our treatment.

(3) Innervations of the lumbar fascia
Prof. Siegfried Mense, in his lab. in Heidelberg, Germany, showed that the thoracolumbar fascia is densely innervated. Another recent study also from Heidelberg led by Jonas Tesarz et al. (2011), and published in Neuroscience journal, quantified the amount of innervation of the thoracolumbar fascia (TLF). Using calcitonin gene-related peptide (CGRP) and substance P (SP)-containing free nerve endings, they quantified the amount of nerve endings in the TLF of rat. They showed that the TLF is a densely innervated tissue with marked differences in the distribution of the nerve endings over the fascial layers (Figure 2).

Figure 2. The distribution of CGRP and Substance P (SP)-immunoreactive nerve fibers in the Thoracolumbar Fascia (redrawn from Tesarz et al., 2011).
(a) Mean nerve fibre length of CGRP and SP. Almost all fibres were found in the outer layer of the fascia and the subcutaneous tissue. The middle layer was free of SP-positive fibres.
(b) Distribution of CGRP and SP-containing receptive free nerve endings expressed as percent of the total number of CGRP- or SP-containing fibres in each fascia layer. SP-containing free nerve endings were restricted to the outer layer of the thoracolumbar fascia and the subcutaneous connective tissue while CGRP-containing free nerve endings were also found in the inner layer of the thoracolumbar fascia.
They distinguished three layers:
(1) outer layer (transversely oriented collagen fibers adjacent to the subcutaneous tissue),
(2) middle layer (massive collagen fiber bundles oriented obliquely to the animal’s long axis), and
(3) inner layer (loose connective tissue covering the paraspinal muscles).
It is the subcutaneous tissue and the outer layer that showed a particularly dense innervation with sensory fibres. SP-positive free nerve endings-which are assumed to be nociceptive-were exclusively found in these layers.
Because of its dense sensory innervation, including nociceptive fibres, the TLF may play an important role in lower back pain. Most of the myofascial pain may come from the superficial layer. This suggests that it may be most effective to work more superficially, stimulating proprioceptive nerve endings and reaching to the nociceptor. For many years Robert taught his students to work deeper for more profound change, but now based on this new finding, he often works more superficially to be more effective.
In addition, Robert also suggested three areas of consideration that scientists can learn from therapists:

Figure 3. Proposed interaction between the autonomic nervous system and fascial tonicity. Sympathetic activation tends to activate TGF-β1 expression (as well as probably other cytokines) in the body, which has a stimulatory effect on myofibroblast contraction, thereby leading to an increase of fascial stiffness. In addition, shifts in the autonomic nervous system state can induce changes in pH, which affects myofibroblast contraction as well. Skilful therapeutic stimulation of mechanoreceptors in fascia – particularly of Ruffini or free nerve endings – can induce changes in the autonomic nervous system. Redrawn from Schleip et al. (2012).
(2) The Rhythmic oscillations of fascial tissues
When connective tissue cells were put together in a cell culture medium with a collagen grid, they tend to show periodic oscillations. In particular, it has been shown that they expressed rhythmic calcium oscillations which were accompanied by contractions of the cells. A study by Follonier et al. (2010) demonstrated that myofibroblasts tend to oscillate in such an environment in synchronicity, when they were in close contact with each other (Fig. 4). The observed oscillations had a mean period length of 100 second. It is an intriguing question whether this very slow rhythm observed in these cell cultures – with one cycle taking more than one and a half minutes- could be related to the so-called “long tide” oscillations in biodynamic craniosacral therapy. The so-called “breath of life” has a deep and slow rhythmic impulse expressed about once every 100 seconds. This needs to be tested in real-world, whether myofibroblasts can express this behaviour, and related to the “breath of life”. Or this is just a palpatory illusion of the therapist.

Figure 4. Myofibroblasts expressed rhythmic calcium oscillations. The graph on the left showed recording of fluorescence activity of five individual cells, which were previously stained with Flura-2. The analysis revealed a common peak around 99 ± 32 seconds of the cells, as well as asecond maximumof 221 ± 21 s. Graphics based on Follonier et al. (201 0).

(3) Fascia research networking
Finally, scientists should collaborate more following the network properties of the connective tissues. Competition in the scientific world is very strong (sometimes can be ruthless), researchers compete to publish first, therefore they usually never share their findings or data. This is also instigated by competition for funding. Scientists should be more open to their work and collaborate more, without the fear of other people trying to steal their ideas. They should imitate the network tissues they are working on by forming a network of exchange of information. 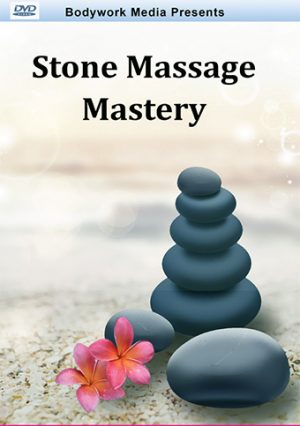 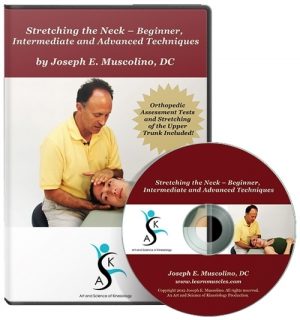 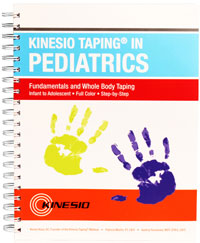